THE GOOD, THE BAD OF DIGITAL EXPOSURE ON CHILDREN 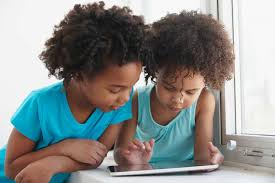 The digital landscape has brought with it a bag of mixed fortunes. Too much exposure can be harmful and not enough access makes the individual seem underprivileged. Increase in the use of mobile phones and improved infrastructure has made it easier for children to be online.

Anthony Lake, the Executive Director of UNICEF, launched a report dabbed The State of the World’s Children 2017: Children in a Digital World. He said, “Our job is to mitigate the harm and expand the opportunities digital technology makes possible.” The rise and heavy use of technology are changing the childhood experience. The most connected age group is that of 15-24 years which stands at 71% against the global average of 48%. The increase in the use of the Smartphone as a mode of internet access has also led to a ‘bedroom culture’ that is secluded and has less supervision from parents.

Digital prevalence also varies around the globe with Africa getting the shorter end of the stick. Nearly 60% of African teenagers are not connected to the grid as compared to 4% in Europe. Women and girls are also 12% less likely to be online.

Use of technology has proved to be useful by allowing dissemination of information that might have otherwise been cumbersome to get. A lot of businesses now thrive online allowing families to eke a living and reducing the unemployment rate. We live in a global village where we have the choice of getting the best from various parts of the world to improve our livelihoods.

Some of the common negative effects that digitization comes with are cyberbullying, sexual exploitation, addiction, and some of the newer trends such as The Dark Web that stream inappropriate videos and use of Cryptocurrencies. Young people may unwillingly give out information on their social media platforms as well as when downloading games that are used by unscrupulous marketers.

Children are far too young to be able to gauge the effects of their online actions to know which are harmful and what is advantageous. Consuming online content with a bit of emotional intelligence will ensure that maximized. However, not all impacts if digitalization on children’s well being is universally agreed upon. The challenges need to be addressed by both parents and policymakers alike so that measures are put in place to safeguard their well-being.

Eveminet has developed a Digital Literacy & Intelligence curriculum for Teens and Pre-Teens where we aim to develop an all rounded Digital Citizen.

A Guide to Copyright in Kenya